The early garlics (Tzan, Shantung, Uzbek Turban) are getting huge! Seems like they grew a couple of inches last week... 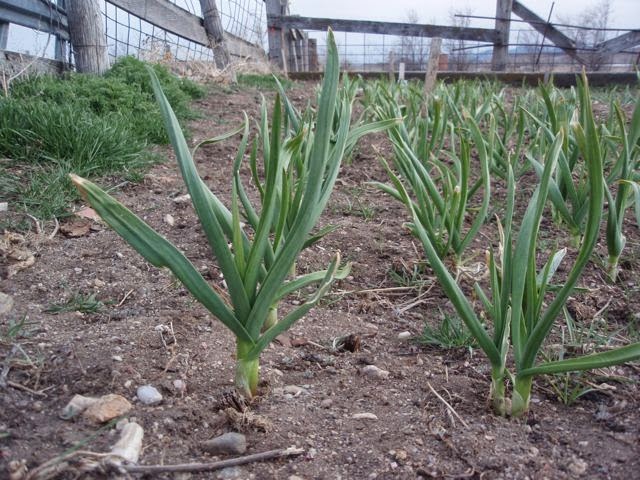 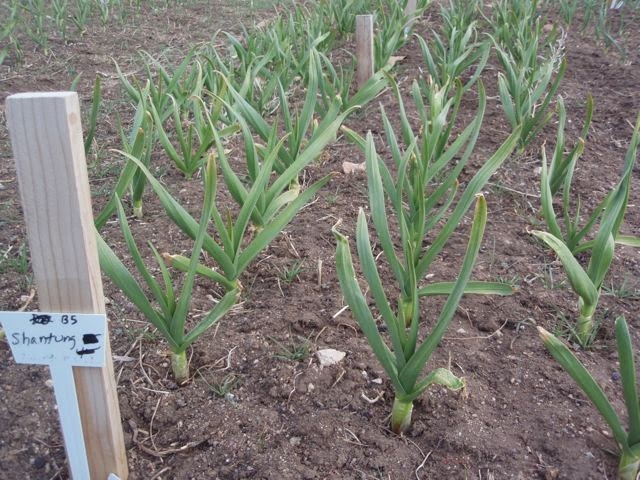 Things are growing- but a bit slowly because of the cold nights.... 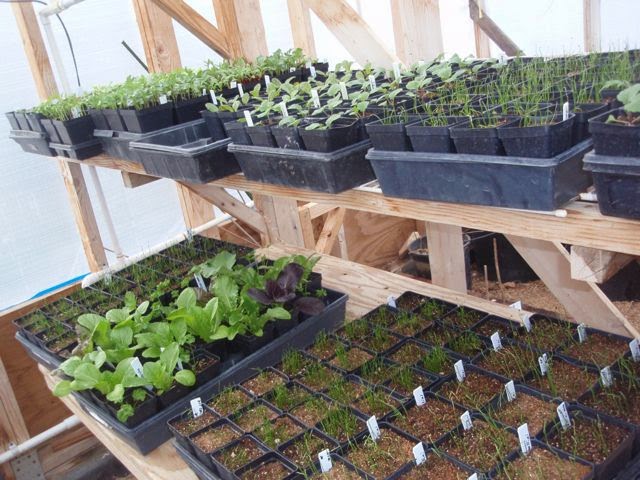 March in the greenhouse


Things are growing like crazy in the greenhouse. Lettuces, kale and onions will be ready for the first market April 5th. Maybe a couple of salad bowls, too.

The middle row of my main garlic field had a lot of garlic that heaved out of the ground this winter. This photo was taken on Feb 25th, before I pushed them back into the soil. The heaving was caused by extreme cold (-16 degrees) and wetter than usual soil (from September flooding). On top of that we had our usual high winds after the snow melted. The largest cloves were affected the most.
Most of the cloves had roots that were still semi-attached to the soil. These ones should be fine since the garlic cloves will actually pull themselves back into the soil. Others had no roots, or the roots were totally exposed. Most of these garlics will still grow, but I expect the bulbs to be smaller.
The heaved up garlic is about 10% of the crop, so hopefully the other 90% of the harvest will still be bountiful!
My smaller field has early garlic with about 3-4" of growth that looks beautiful.


What a difference a month makes!
Look at the updated photo taken on March 21st! Almost all the garlic is back to normal. 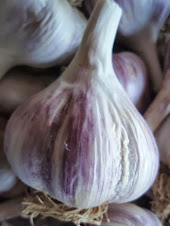 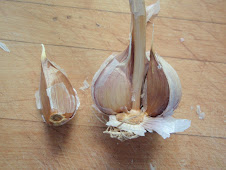 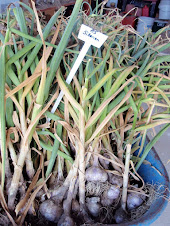 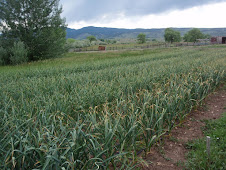 Garlic in the field- April

Inchelium Red Garlic in the field in May 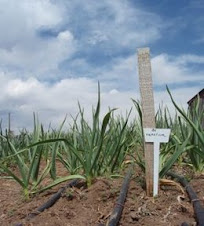 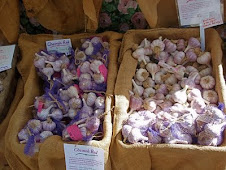 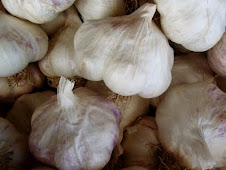 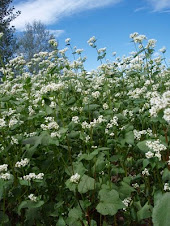 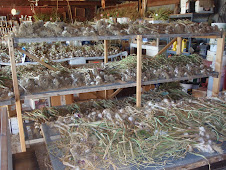 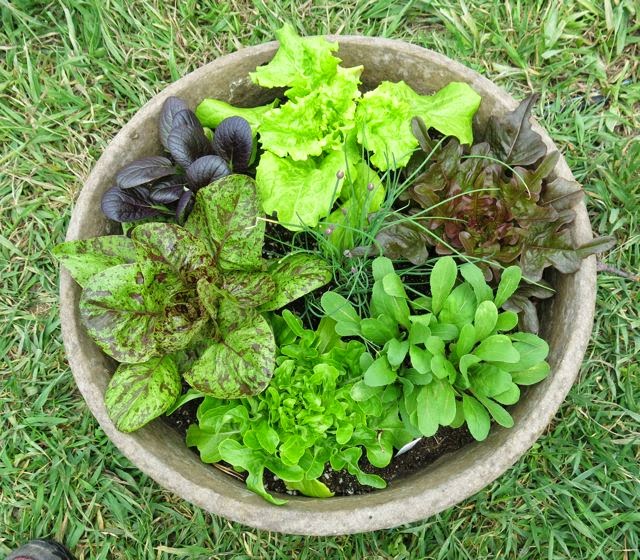